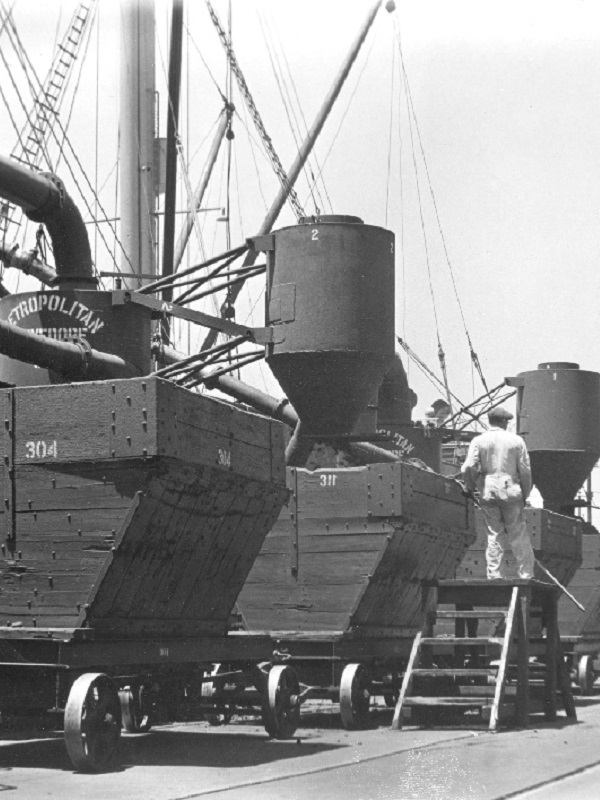 It takes time to become the best, and we have been doing our best for valued customers since 1923. Innovating with steadfast loyalty to the solid values of our rich maritime history has served our enterprise well for nine decades, and we remain committed to those principles in the future. As we approach our centennial celebration in 2023, it is timely to look back at our origins, development, and history.

The 1850s witnessed the height of the California Gold Rush, and in that time the Port and City of San Francisco developed rapidly. It was during this historic era of sailing ships that the stevedoring company of Allen & Young was founded by an enterprising shipping fleet owner named Capt. Thomas Young. Along the way during those very early days, other historic California families and seafarers, such as the Eschens, Bennetts, Goodalls, and Capt. Robert Minor, joined forces. The business was later incorporated in 1901 as California Stevedore and Ballast Company (“CS&B”), with the Eschen and Young family lineages playing leading roles throughout the course of business that resulted. And, as the saying goes, the rest is history.

The Roaring ’20s was a time when our industry was built on the backs of a strong labor force. Metro and CS&B saw an opportunity to introduce new systems to help labor keep up with the increasing imports of products from Europe, fruit from the Tropics, and rubber from the East Indies.

Unloading these sailing ships and steamers was only part of a stevedore’s day. Empty vessels were reloaded with outbound cargos requiring the same kind of expert planning, specialized equipment, and skilled labor. Exports included borax from the Southern California desert, ores from mines in the Southwest, and seafood harvested by local fishermen off the West Coast.

So much has changed since then.

The intervening decades from the 1920s to the present brought myriad changes to the waterfront – new cargoes, supply chain logistics, revised labor agreements, new shipping methodologies, modernized port complexes and sophisticated equipment, to name but a few – and Metro has been there to lend its expertise to each development while expanding from the West Coast to the East and Gulf Coasts and the Great Lakes. 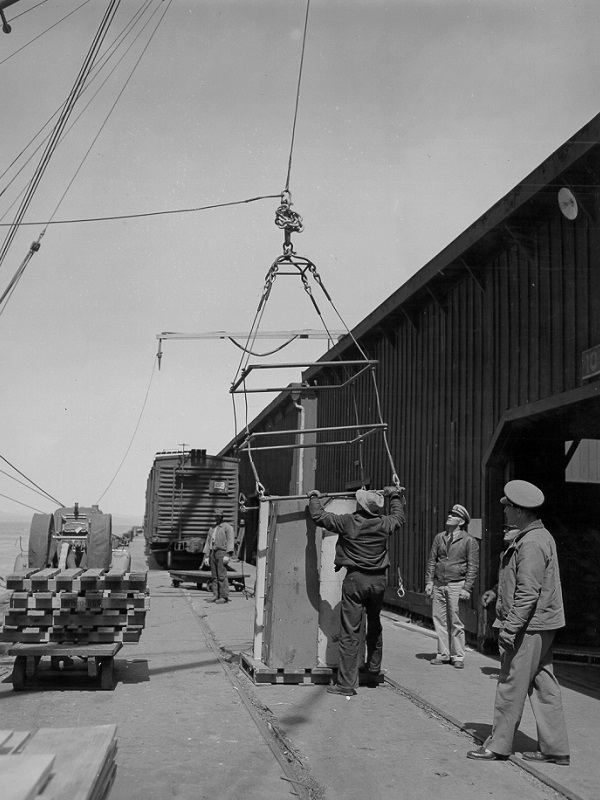 In the early 1990s, a decision was reached to consolidate our operations; CS&B was wound down, and Metro stepped up to take on Northern California operations. In 2004, Nautilus International Holding Corporation was established by Metro, and today it holds all of the companies established or acquired as Metro expanded its operations geographically and by product line to create the multi-faceted suite of companies held today.